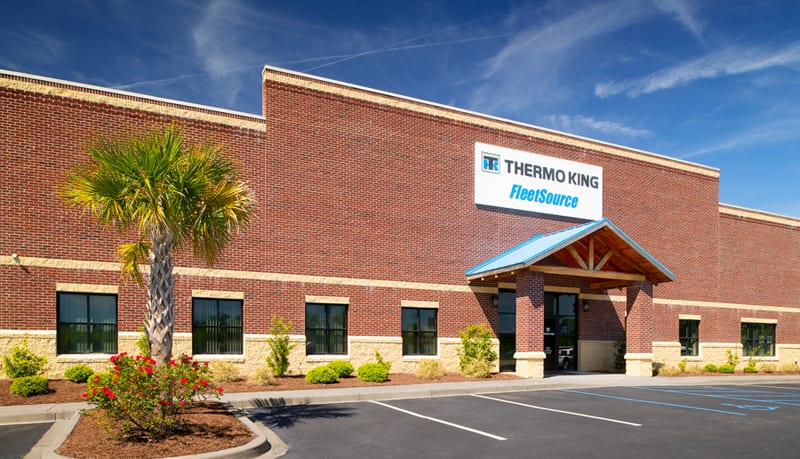 On June 19, 1972, a 16-year old boy walked into Yandle Truck Refrigeration in Charlotte, North Carolina, and launched a career. That mentoring owner, Terry Yandle, was the Arctic Traveler Dealer in Charlotte.  He was awarded the dealership for Thermo King two months later.  That young boy that swept the shop and cleaned old parts was fascinated by the dynamics of the truck refrigeration business.

After completing High School, F. Ritchie McQueeney earned a Degree in Business Administration from The Citadel in 1978. During his vacations and summer breaks, he continued to work part-time for Yandle Thermo King.  In October of 1979, McQueeney was asked to move to Columbia, South Carolina, to manage the newly opened Yandle Thermo King Dealership in Columbia.

Yandle eventually agreed to sell the Columbia operation to his well-mentored manager, Mcqueeney. On January 16, 1984, McQueeney opened Columbia Truck Refrigeration, Inc., with only five employees. In April of that year Thermo King Corporation awarded the Dealership to the newly formed company. Owing to the lessons he learned from Yandle in providing superior service, the Company aggressively pursued growth. In September of 1987, the Thermo King Dealership in Charleston was acquired. In April of 1992, mobile service was established in the Florence area market with a domiciled full time technician and fully equipped and stocked service truck. In the spring of 1994, a more permanent presence was established with the lease of the former Rock’s Truck Stop. In September of 2003, the Florence facility at 304 East Campground Road was completed. McQueeney’s three Dealerships effectively covered most of the state.

Today, Thermo King Columbia, Inc. employs 46 people with the Columbia and Florence shops operating two shifts. They are open from 7:00 a.m. to midnight, Monday through Friday. Mobile service is provided to the Conway/Myrtle Beach area through the Florence operation.

The Company has received numerous awards recognizing outstanding service since its inception in 1984. They have been selected three times as Thermo King Dealer of the Year, most recently being presented with the 2012 Award. In 2010, they were awarded a supplier excellence award from Golden State Foods, Inc.  In 2013, Thermo King Columbia, Inc., was awarded the Supplier of the Year for Reyes Holdings, owner of Martin Brower, Reinhart Food Service, as well as a number of beverage distribution companies.

Part of what that 16-year old boy learned in 1972 was to not rest on the laurels of the past, but to always build to the future.  With a 12,000 square foot addition to the Columbia facility planned and a new facility being designed for the Charleston dealership, the best may still be yet to come.

These Thermo King dealerships can only build a solid future with the confidence and loyalty of a satisfied customer base.  After all, the adage that the customer is the indirect employer has always made sense. No business can be successful without a happy and contented customer. The sincere appreciation of a career in Thermo King is due to countless relationships and affiliations with those that expect the best.  More than four decades prove that notion.